Working with our partners at NASA’s Marshall Space Flight Center and Jet Propulsion Lab, Georgia Tech’s SSDL is designing and building a new CubeSat green propellant propulsion system to perform orbit insertion for NASA’s Lunar Flashlight which will be deployed on the Artemis-1 mission in 2022. 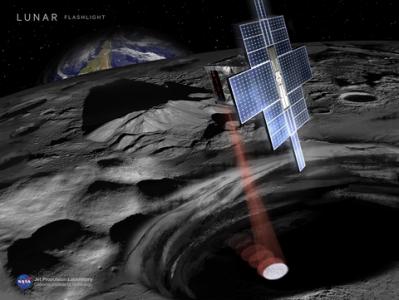 Lunar Flashlight is a JPL 6U CubeSat mission whose objective is to investigate the lunar poles for water ice and other volatiles. It is planned for launch as a secondary payload on Artemis-1, and endeavors to be the first CubeSat to reach the moon. Except for the recent JPL MarCO CubeSats that visited Mars in November 2018, CubeSats have been mostly limited to Earth orbiting missions. Lunar Flashlight aims to add to the flight experience of deep-space CubeSats and demonstrate their ability to conduct space science missions at a fraction of the cost and complexity of larger missions. While the MarCO CubeSats performed a short-duration fly-by maneuver, Lunar Flashlight will conduct an orbit insertion using a green monopropellant propulsion system developed uniquely for this mission. The custom designed propulsion system developed by NASA Marshall Spaceflight Center (MSFC) and Georgia Tech's Space Systems Design Laboratory (SSDL) delivers over 3000 N-s of total impulse for the orbit insertion and necessary attitude maneuvers, fits within a 2.5U volume, and has a total wet mass under six kilograms. Upon completion, Lunar Flashlight may become the first CubeSat to achieve orbit around a planetary body besides the Earth, which is enabled by the new propulsion system. 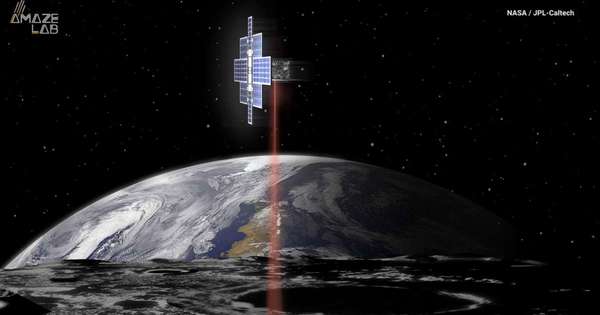 Responsibilities of SSDL include direct involvement with the propulsion system’s design, manufacturing, integration, and first rounds of environmental testing, to culminate in a hardware handoff of the flight unit to NASA Marshall. The system design leverages metal additive manufacturing, custom electronics, and several cutting-edge micro-fluidic components – all of which are “next steps up” from Georgia Tech’s well-established methodologies for developing cold-gas propulsion systems.

Most existing small-scale propulsion systems in use today employ cold-gas or electric propulsion (EP) methods. However, cold-gas systems are often limited in capability due to lower specific impulse, and EP systems are unable to provide large-enough thrust for impulsive maneuvers. Monopropellant systems provide an alternative to these systems due to increased specific impulse relative to cold-gas and larger thrust compared to EP. Therefore, the Lunar Flashlight project has developed a CubeSat-scale monopropellant propulsion system to conduct its mission. The Lunar Flashlight Propulsion System (LFPS) uses AF-M315E, which is a green monopropellant fuel developed by the Air Force Research Laboratory (AFRL). As an alternative to hydrazine, this propellant is safer to handle due to its lower toxicity and improved chemical stability, and it can provide higher specific impulse. A larger propulsion system using AF-M315E was demonstrated on NASA's Green Propellant Infusion Mission that launched in June 2019.

The LFPS consists of a propellant tank, propellant management device (PMD), manifold, pump, four AF-M315E thrusters, and several micro-fluidic components developed by NASA MSFC. Additive manufacturing is utilized to fabricate the PMD and manifold to the scale that is necessary within a CubeSat form factor. The PMD design requires a complex geometry that would be impossible to machine using traditional methods. Additionally, the manifold incorporates all necessary fluid paths and mechanical interfaces into a single continuous structure, which significantly decreases the total volume and mass of the system. 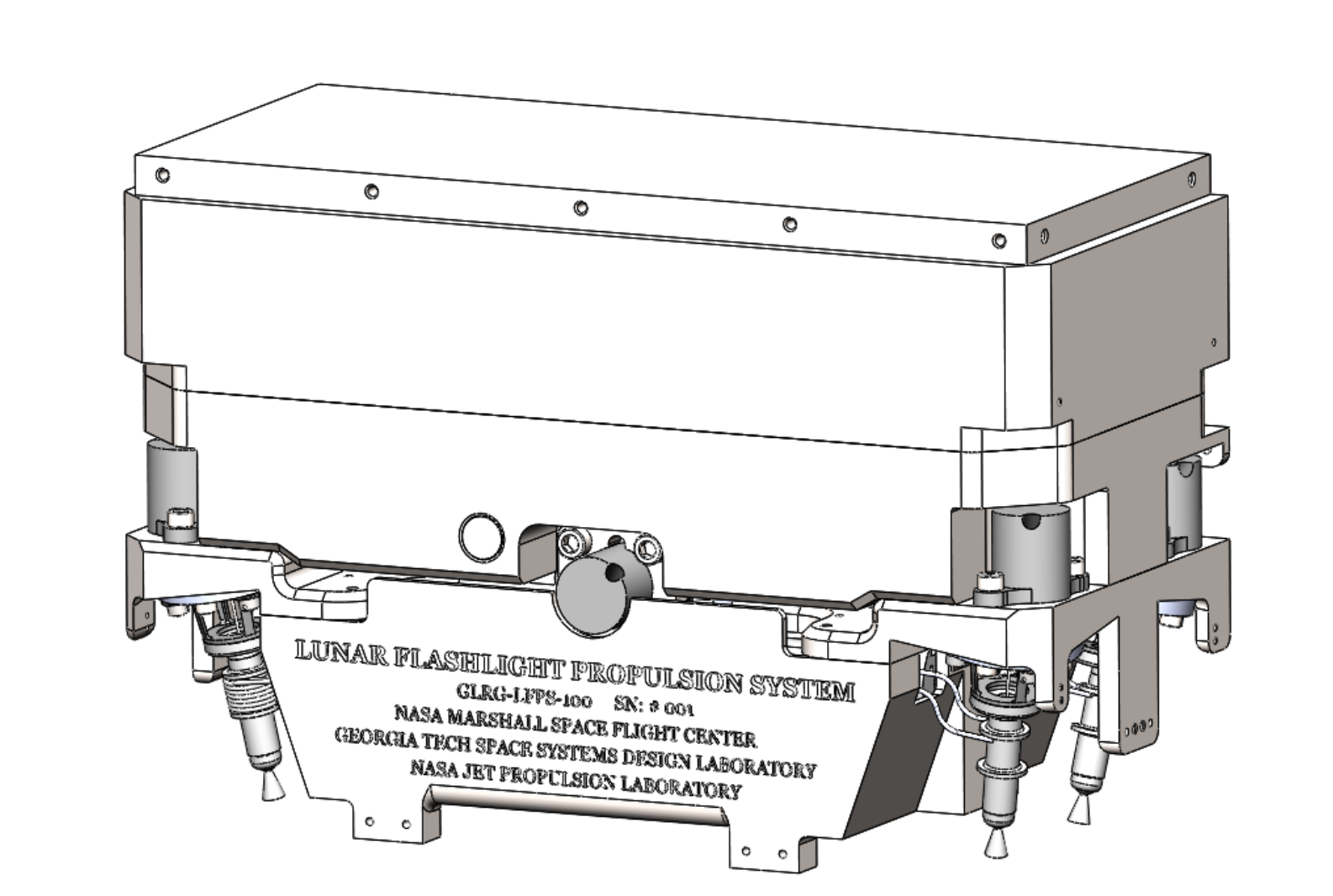 With CubeSat technology becoming more applicable for deep-space applications comes the need for more efficient and impulsive small-scale propulsion systems. Additional propulsive capability can allow these missions to travel to further destinations and extend their lifetimes. The LFPS aims to be a pathfinder device for these CubeSat missions that require impulsive orbital transfer maneuvers by demonstrating how monopropellant systems, green monopropellant fuel, and additive manufacturing can be utilized. 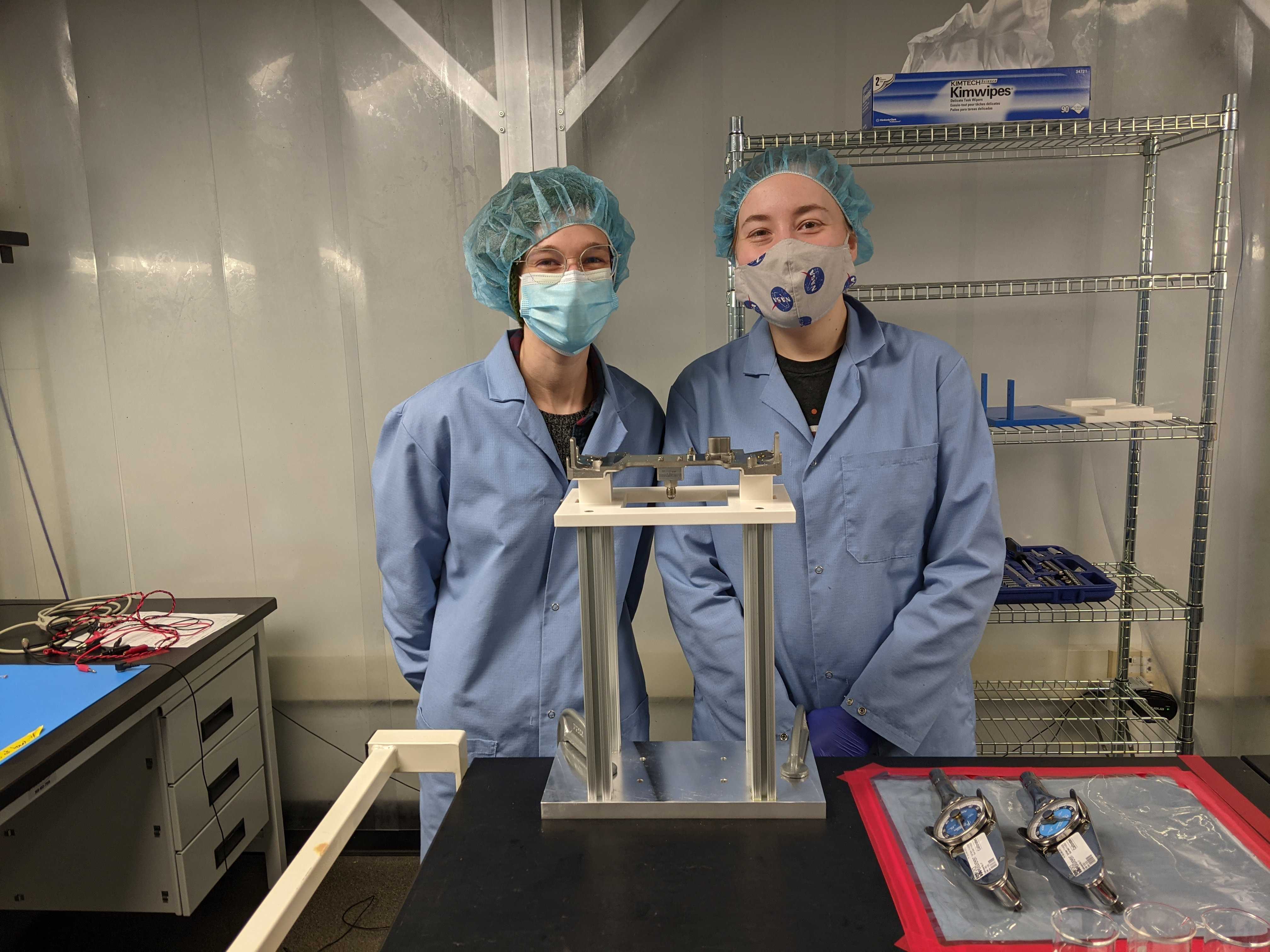